After resurrection, Jesus manifests Himself to His disciple, then, He returns to His Father. The Ascension of the Lord is a though moment for the disciples because it is a time of separation. Let us consider the situation of the disciples. They were troubled by the crucifixion and the death of Jesus; they were relieved when Jesus appeared to them after resurrection. However, at the ascension the disciples were physically separated from their master for good. It was as if the disciples were left with nothing because the afterlife was not guaranteed for them. Of course, they had faith in the word of Christ, but they were also doubtful. This is not surprising because we know that we sometimes doubt about faith matters. We can imagine how sad the disciples were and how it was hard for them to move forward.

When Jesus was about to leave this world, He told His disciples that He is returning to His Father but that He also remains with them. One may ask how Jesus can be both with the Father and with us. Jesus is with us when in our prayers we call His name, He is with us when we gather to worship his name. Thus, Jesus remains with His disciples. After the Ascension, the disciples go in the upper room to pray and wait for the coming of the Holy Spirit, they are with the Mother of Christ. After the ascension of the Lord, Mary does not disappear, she prays with the disciples. At the annunciation, the Angel tells her that the Holy Spirit will come to her. The Holy Spirit that she received strengthened her, and she stayed with the disciples in prayers.

We can see that the disciples of Christ and His Mother went through sorrows and struggles, but they kept on following Christ. We should endure all sufferings because of Christ. It is good when we struggle because we are trying to conform our lives to that of Christ who is the way that leads to the Father. However, it is not good to suffer because we are robbers or because we committed other sins. Let us be Christian and avoid anything which is not worthy of that name.

In those few lines, I hope to have shared with you what I heard from the homily from the 6:30 AM Mass of May 24, 2020. Note that the mass was presided over by father Sebastian, professor in major seminary in Bujumbura. 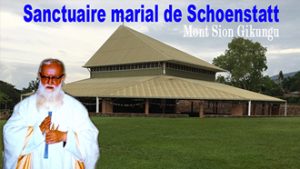 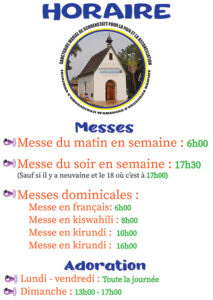